Clouds play an important role in Earth’s climate system, particularly its radiative energy budget. On one hand, clouds reflect a significant fraction of incoming solar radiation back to space, which exerts a cooling effect on the climate. On the other hand, same as greenhouse gases, clouds absorb thermal radiation from earth's surface and re-emit a lower temperature, which has a warming effect on the climate. In addition, clouds are also an important chain of the Earth’s water cycle and play center role in aerosol-cloud-radiation interactions.


Because of the important role of clouds in the climate system, a realistic and accurate representation of clouds in the numerical global climate model (GCM) is critical for simulating the current and future climate. However, at present there is a significant difference among the current generation of GCMs on the prediction of whether and to what extent the global warming induced cloud changes would accelerate or dampen the warming. The recent Intergovernmental Panel on Climate Change (IPCC) scientific reports have identified the cloud feedback be one of the largest uncertainties in our projection of future climate. 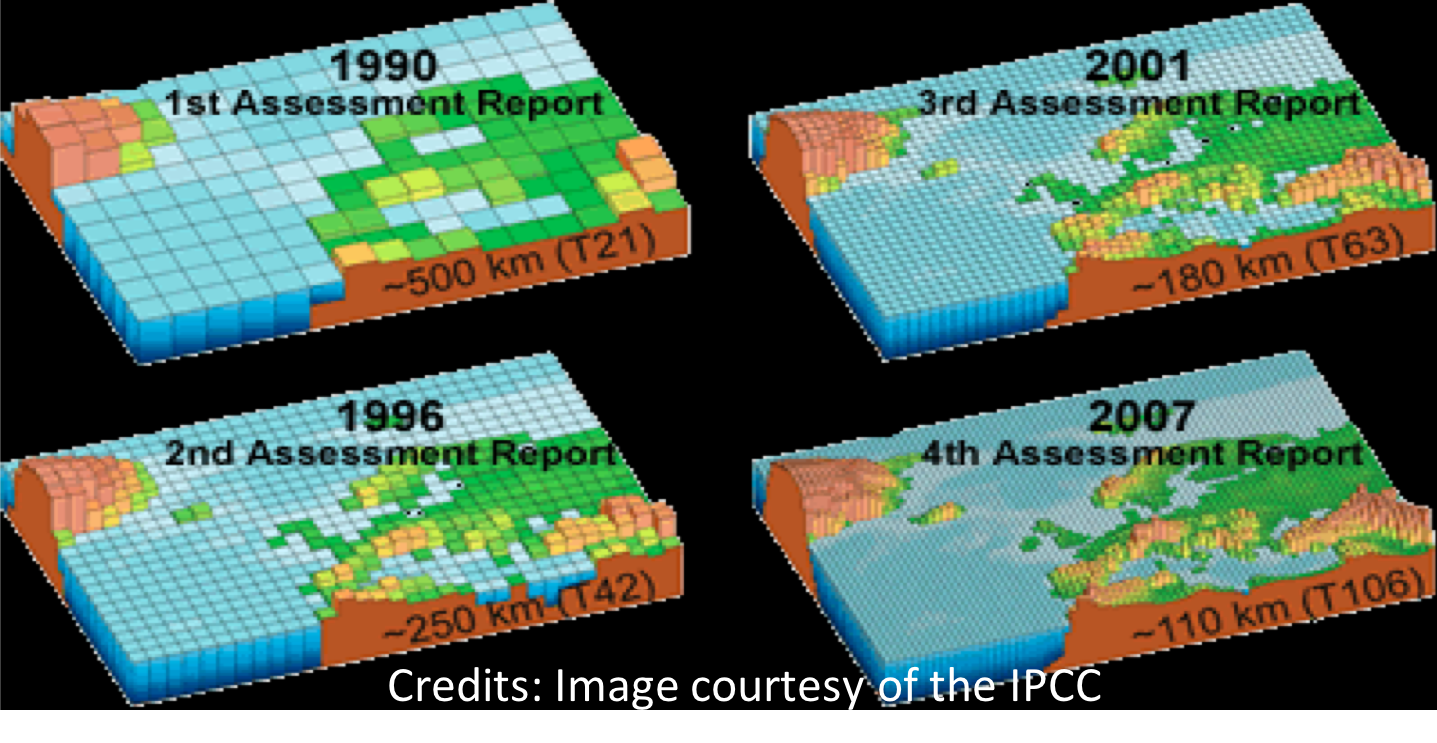 HPC requirements for cloud simulation in GCMs. It is extremely challenging to simulate clouds in GCMs realistically and accurately for two main reasons. First, many cloud-related processes, such as turbulence and convection, cloud droplet activation and growth, and transportation of radiation in clouds, occur at the spatial scale much smaller than the typical grid size of conventional GCMs (~100 km). New techniques, such as cloud super-parameterization embeds cloud-resolving models with resolution around 1 km inside of the conventional GCMs, have been developed aiming to solve this problem. However, such new techniques usually come with high computational cost, which more than ever makes HPC an indispensable tool for climate modeling. Another important reason is that many processes are modeled using highly simplified methods even though compressive methods are available to avoid the high computational cost. For instance, in the current paradigm, clouds are simply approximated as “plane-parallel” one-dimensional (1D) column, even though such approximation has been known to cause significant errors in atmospheric radiation and remote sensing computations. Over the past decade, a number of 3D radiative transfer models have been developed. These new models, together with the fast growth of HPC resources, have given rise to emerging opportunities to shift the paradigm from 1D plane-parallel to 3D realistic simulation of the radiative transfer and cloud-radiation interactions.

Big Data analytics requirements for evaluation of GCM using multi-decadal satellite observations. The performance and reliability of GCMs are evaluated through comparisons of model simulations with measurements. Traditionally, measurements of the atmosphere made at the weather stations are sparse, especially over oceans, and unevenly distributed. The advances of satellite-based remote sensing techniques have led to a revolutionary change in our way to observe and measure the state of atmosphere. Now, satellite-based measurements of global cloud properties have become an important data source for evaluating cloud simulations in GCMs. Satellite remote sensing has also led to an astronomically growing amount of data. For example, the measurements from the Moderate Resolution Imaging Spectroradiometer (MODIS) are widely used for GCM evaluation. MODIS takes measurements of the radiation reflected and emitted by earth-atmosphere in 36 spectral bands continuously over a swath width of 2,330 km. Since its launch in 1999, MODIS has made continuous measurements for almost two decades, which are invaluable for understanding climate variability and trend. However, the tremendous volume of data amount (~500 TB raw data, ~PB processed data) has become a difficult obstacle for making full use of MODIS data records.